The Los Angeles Lakers must decide if Andre Drummond, Montrezl Harrell or Marc Gasol will play alongside Anthony Davis in the frontcourt.

That is an embarrassment of riches from a talent standpoint but now that the playoffs are here and rotations quickly begin to tighten, this is precisely one of the decisions that can make or break a team vying to win a title.

To recap, after winning the championship in 2020, the Lakers re-organized their frontcourt to replace JaVale McGee and Dwight Howard with Harrell, the NBA’s reigning Sixth Man of the Year, and Gasol. The franchise then landed Drummond in the buyout market.

Drummond played his first game in Southern California on March 31. Up until that point in the season, Gasol was featured in the starting lineup for all 38 of his total appearances. But during his 21 regular-season games with the organization, Drummond was always in the first unit.

This relegated Gasol into a much smaller role, and after averaging more than 26 minutes per game last season, he played just 15.5 mpg between March 31 and May 6. During the final 25 matches of the season, he only saw the floor 14 times, logging several DNP-CDs.

But many have noticed that Los Angeles appears much stronger with Gasol, not Drummond or Montrezl Harrell, in the starting unit. Even as Lakers forward Kyle Kuzma and he will agree, per The Athletic’s Jovan Buha:

“I’m not sure what to do. I wish we could get a little bit more time out there with Marc (Gasol). That’d be something that would be pretty good for us, for sure.”

The Lakers outscored opponents by 11.0 points per 100 possessions when Gasol appeared on the floor at the same time as LeBron James and 13.4 points per 100 with Gasol alongside both James and Anthony Davis.

Los Angeles had a rough record during the stretch in which they were forced to play without both James and Davis due to injury. We can throw away a lot of the minutes from those games because both superstars will be back for the playoffs, so performances without them are not key indicators of postseason play.

As Kuzma suggested, the results were not as pretty for both Drummond and Harrell as the season neared its close.

Head coach Frank Vogel insists that he is not too concerned about the early showings of Davis with Drummond (via OC Register):

“We played with JaVale and Dwight all year last year. AD’s familiar with playing with another big guy out there with him, a lob threat. And we were very successful in those lineups. And Drummond’s gonna bring a different level of that big-big lineup that we saw last year.”

But perhaps one reason for the drastic swing is because Gasol is a much bigger threat from beyond the arc than both Drummond and Harrell.

When he is playing in the frontcourt, the Lakers always have much better spacing, opening the floor because of his sharpshooting skills. Gasol is averaging 1.33 points per possession on his jump shot, per Synergy, which ranks 99th percentile among all players.

Gasol is also shooting 41.0 percent on his three-pointers in 2020-21 and he has 50 connections from long distance. Drummond and Harrell, however, have 20 three-pointers over the course of their combined careers.

When comparing these three players, Gasol is, by far, the most impressive playmaker as well. His assist percentage (14.5 percent) ranks better than 80th percentile among big men for the tenth consecutive season, per Cleaning the Glass. Drummond (9.5 percent) and Harrell (7.7 percent) are much closer to the positional average.

This has helped Los Angeles score well in transition thanks to insane outlet passes from Gasol like this one:

Watch how he surveys the floor as he secures the rebound, and immediately launches as he lands in one fluid motion. LeBron is excellent at this. pic.twitter.com/hMTTlk9ELN

Defensively, meanwhile, Drummond is a multi-time rebounding champion who is far more prolific as a glass cleaner. There are significant limitations, however, to his defensive ability beyond just the more obvious counting stats like defensive rebounds.

Overall, Gasol’s defensive rating (104.2) ranks eighth-best in the NBA among all players who recorded at least 2,000 possessions.

Yea I need to see some Gasol-Bron playoff minutes

For a holistic example of his impact, look at the crucial victory that his team had over the Denver Nuggets on May 3. While it was just a four-point win, Los Angeles maintained a plus-minus of 17 points during the 17 minutes that Gasol played. During those minutes, he missed only one shot while pulling down 7 rebounds and recording a block.

He was used in the finishing lineup against Denver’s Nikola Jokic and then came in to close the game against the Phoenix Suns on May 9. This should suggest that when crunch time is finally here in the playoffs, Gasol will be on the floor.

While there was some reason for optimism about the pairing of Gasol and Harrell towards the end of the season, their offensive prowess did not make up for the defensive limitations of the duo.

Each of these three players will give Los Angeles different strengths and weaknesses down the stretch, giving the team legitimate versatility.

Drummond is the current starter and Harrell is the player with the highest salary. Gasol, however, has championship experience and is the player who gives them the best chance at defending the title. 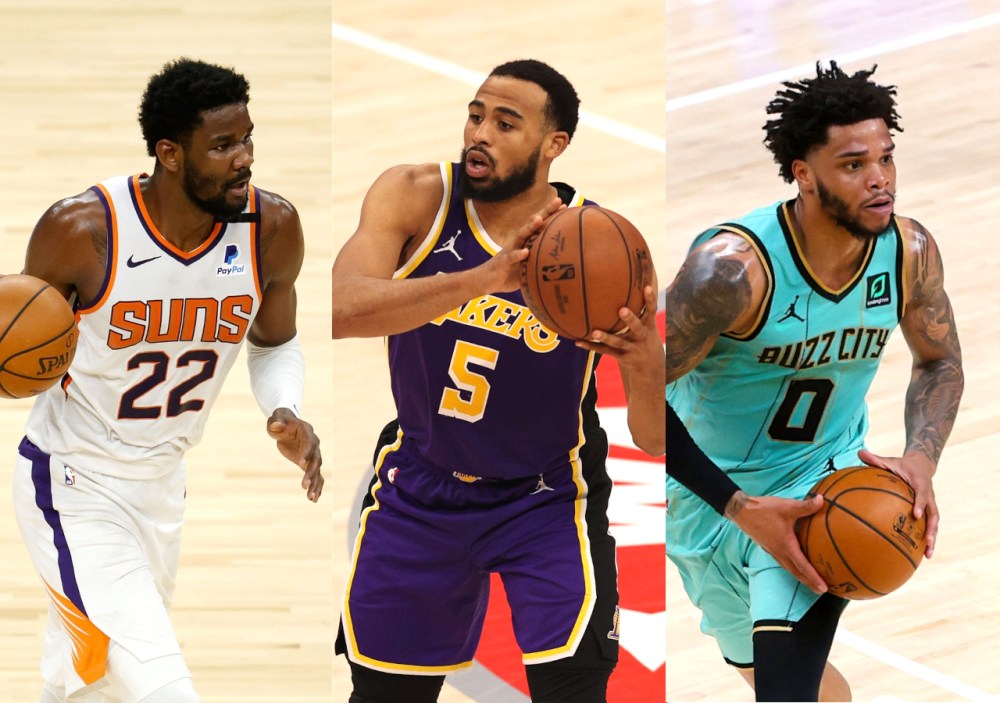 Bob Meyers Saw ‘the Potential’ in Jordan Poole From the Draft

Monty Williams On Why He Benched Deandre Ayton After 17 Minutes: ‘It’s Internal’