Utah Jazz big man Rudy Gobert is one of the most impactful players in the league but rarely hears his name mentioned in those conversations.

As our own Michael Scotto reported earlier, based on ballots he has collected from voters around the league, Gobert is expected to win the NBA’s Defensive Player of the Year. It would be his third time taking home the trophy, and he would become the fourth player in league history to earn the honor more than twice. Yet Gobert is among those whose reputation is most at stake this postseason.

For whatever reason, Gobert isn’t given the same love as many of his similarly talented peers. The stats are there, however, considering that this is now the second time in his career that Gobert led the league in blocks. In fact, since coming into the league in 2013, no one has more blocks (1,220) than Gobert.

But he is more than just someone who is able to record an impressive rate for basics counting stats as a rim protector. He also led the Western Conference in total shots contested (1,051) and he constantly finds ways to disrupt looks even if he did not come away with the swat.

What I think of whenever somebody tries to tell me that other players don’t respect Gobert’s defense.

Breaking down his game using play-by-play analysis, it becomes fairly clear that opposing players have little hope when they are matched up against him, especially during one-on-one possessions.

For example, per Synergy, opponents were just 15-for-52 (28.8 percent) during attempts to post him up in 2020-21. That meant the only way to score on these opportunities was if he sent you to the free-throw line. But this year, he committed fouls on just 2.6 percent of possessions. That ranked as the best mark of his career thus far, per Cleaning the Glass.

In the last five seasons, his team has allowed only 104.9 points per 100 possessions with him on the court. That is the best mark among the 269 NBA players who have logged at least 3,500 minutes during this span.

When you put it all together, trusted catch-all statistics paint an even more impressive picture for the Utah big man.

Not only did he lead the league in advanced metrics such as ESPN’s Defensive Real Plus-Minus and FiveThirtyEight.com’s Defensive RAPTOR but he set all-time record for several key measurements.

While scoring records may capture more headlines, putting together one of the top defensive campaigns of all time played a huge role in helping lead Utah to the best win-loss record in the league.

But that was during the regular season and one of the arguments used against Gobert, however, in the past has been his performance during the postseason.

As he told Tony Jones, he is well aware that this is something that he is very prepared to address in the upcoming series and beyond (via The Athletic):

“In a way, they [the critics] are not wrong. It’s up to me to prove myself and to help my team be in a position to win a championship. I don’t see that as pressure. I have high expectations of myself. Our team before the season set a goal to win a championship. If you are hard on yourself, it’s hard to see that as pressure. I’m actually pretty excited for the challenge.”

While we have not yet seen how he will fare in the playoffs this year, we can look a bit at how well he did against the league’s most elite squads during the regular season for an indicator.

In this regard, considering the Jazz were able to contain top offenses better than any other team in the league in 2020-21, we have a pretty clear idea that he is able to help slow down even the most elite attack.

How playoff teams' defenses performed this yr vs top-10 offenses:

While some may label him a one-dimensional player, it is worth mentioning that Gobert was also the rebounding champion in 2020-21. While no player pulled down more boards than Gobert did, as a team, the Jazz also had the best rebounding percentage (52.9 percent) in the league.

Then, as a scorer, no one was more accurate on two-pointers than the Utah star. He was 68.0 percent from inside the arc, which was the best mark in the league.

As a whole, he picked his spots well and played within his role, averaging 1.18 points per possession. That efficient mark ranked in the 96th percentile among all players, per Synergy.

Plus, because he is so strong near the rim, his gravity has allowed the Jazz the spacing to take the most three-pointers per game of any team in the NBA this season.

I looked at every Last Two Minute report this season to see which players have been on the wrong end of a bad call most often. Suddenly, it makes sense why Jokic complains as often as he doeshttps://t.co/TpB5y3ch9b pic.twitter.com/sLTV9bUJ8W

Otherwise, critics have remarked how often he complains about the officiating whenever he is on the floor. Even though some fans might feel that is in poor taste, it is also worth mentioning that even that comes with some merit.

According to research from Owen Phillips, only Nikola Jokic has had more calls not in his favor later confirmed as incorrect by the NBA Officiating Last Two Minute Reports (via The F5):

“Here, a bad call is considered to disadvantage a player if it was an incorrect no call on their opponent (like the one involving Harris and Jokic) or an incorrect call against them and visa versa for calls that advantage a player. In other words, Jokic has been fouled when it wasn’t called and it should have been (13 times) or was called for a foul he didn’t commit (once) more often than anyone else this season.”

Yet even when considering how often he is negatively impacted by blown calls, he still does a brilliant job at getting to the free-throw line.

Gobert drew fouls on 25.2 percent of his shot attempts in 2020-21, per Cleaning the Glass, which ranked in the 99th percentile among all big men, In fact, since coming into the league, he has never ranked outside of the 94th percentile or better among players at his position.

Just like our Frank Urbina wrote earlier this week, Gobert needs a big performance in the playoffs to solidify his reputation. But even based on what he has done already, there is reason to celebrate his excellence.

Where do Rudy Gobert, Donovan Mitchell rank among most prolific lob duos?

We have compiled a bunch of NBA awards ballots. These are the likely winners 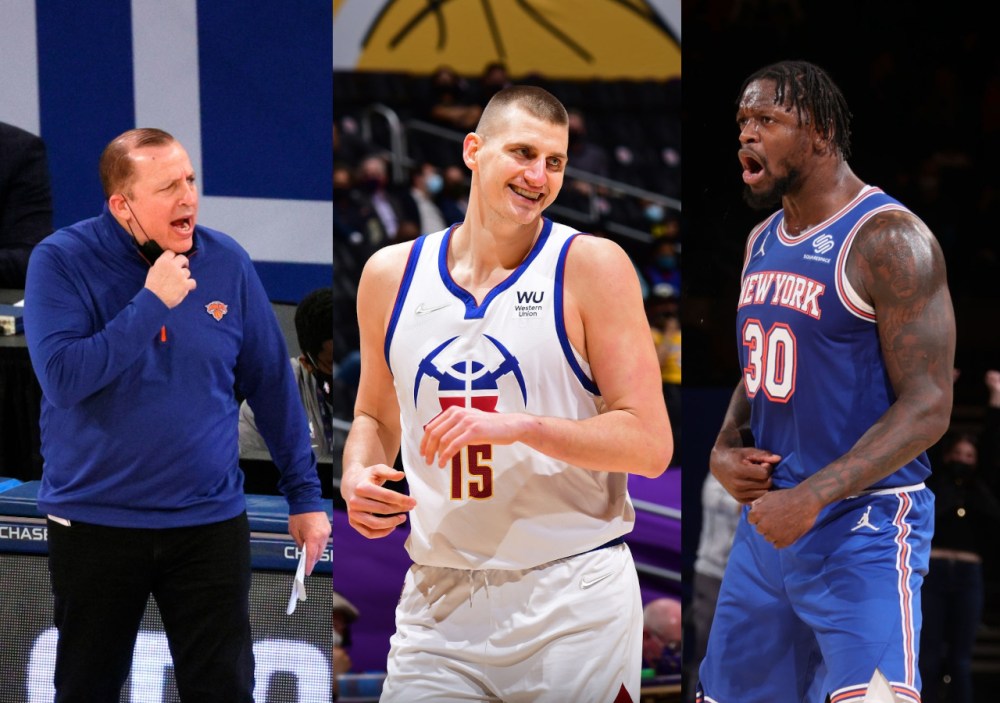