Scotto: Deandre and his representation, Billy Duffy and Nima Namakian, made it clear they wanted a max, and Phoenix made it clear they didn’t view him as a max player. With that in mind, I was checking in with executives around the league for their thoughts on the Ayton situation. The first executive said to me, “That owner (Robert Sarver) is cheap, and he’ll get killed for it again. He finally had some goodwill making the Finals, and he pulls this (not extending Ayton). The fact is the kid earned it. Yes, prior to last season, I’d have questions about it, but he performed the whole season, and you invested a number one pick in him. He was a little bit, maybe, slow to develop, but he got there. I don’t think he’s mature enough to handle stuff like that (no extension), so I think it could hurt him for a while. Monty (Williams) seems to have a way with him, so maybe they can pull him back in and say, “Do your job and get paid.”
Source: Michael Scotto @ HoopsHype

Michael Scotto @MikeAScotto
Why Ben Simmons’ behavior towards the 76ers could continue, what executives think of Deandre Ayton not getting a max extension, NBA awards predictions, and more with @Yossi Gozlan on the @Jorge Sierra podcast. hoopshype.com/lists/turmoil-… – 11:31 AM 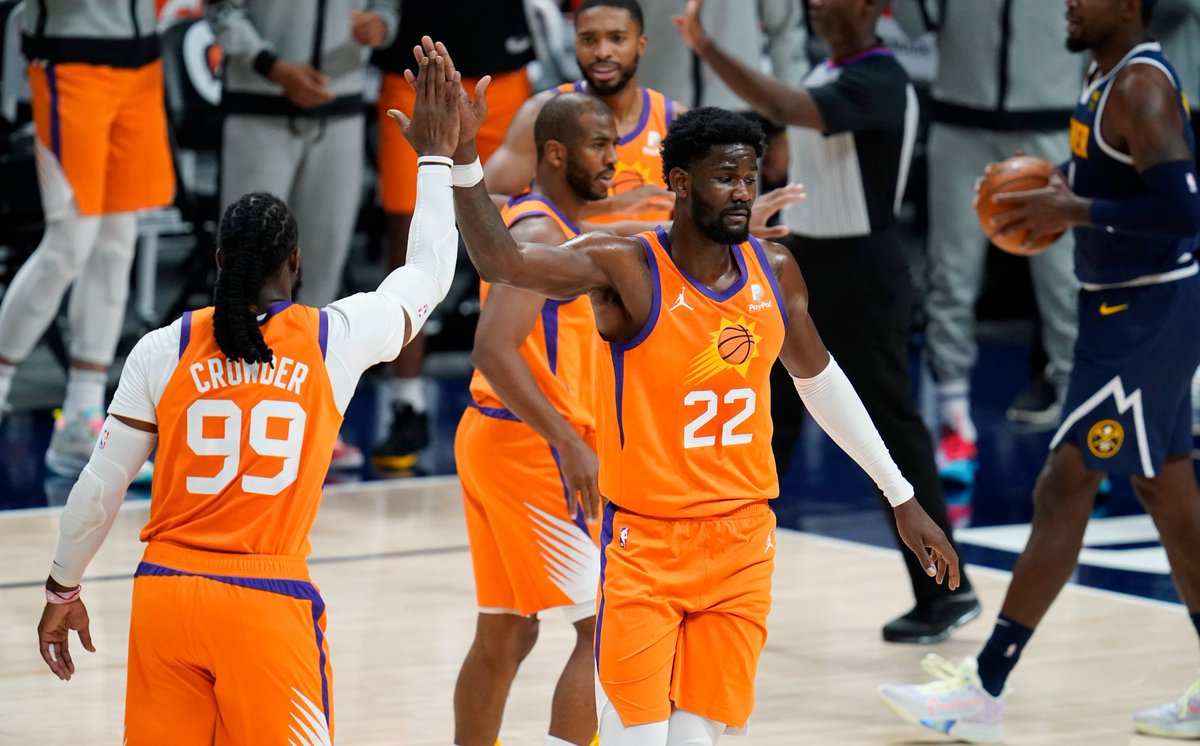 The Ringer @ringernba
Will the Suns give Ayton the deal he wants??? #NBAPalooza2K21 twitter.com/i/broadcasts/1… – 7:25 PM

David Aldridge @davidaldridgedc
The NBA tips off Tuesday, and the hope is for a “normal” season after two years of COVID and Bubbles. But there are still questions–from Simmons & Kyrie to Space Jam, KAT, Ayton, NBA Verzuz and…the playoff-bound Kings?? Answers in @The Athletic: bit.ly/2XsSkhF – 6:11 PM

Sam Vecenie @Sam_Vecenie
I did a deep dive on the DeAndre Ayton extension talks. I’m a bit baffled that the Suns and Ayton weren’t able to come to an agreement, and it doesn’t really have anything to do with Robert Sarver being perceived as “cheap.” Here’s why: theathletic.com/2898177/2021/1… pic.twitter.com/4brMbAUX4b – 6:10 PM 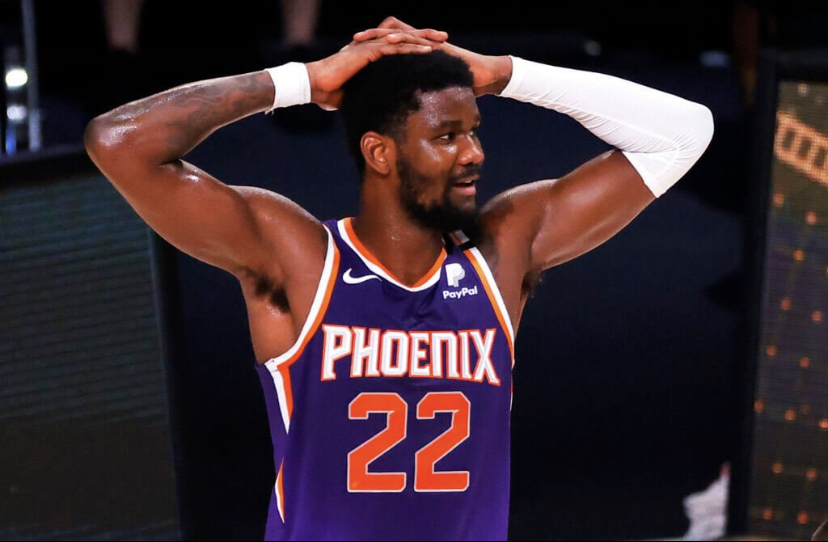 The Vertical @YahooSportsNBA
“We didn’t have real negotiations,” said Suns GM James Jones. 👀
Jones says Ayton was offered a three or four-year max but it was turned down. 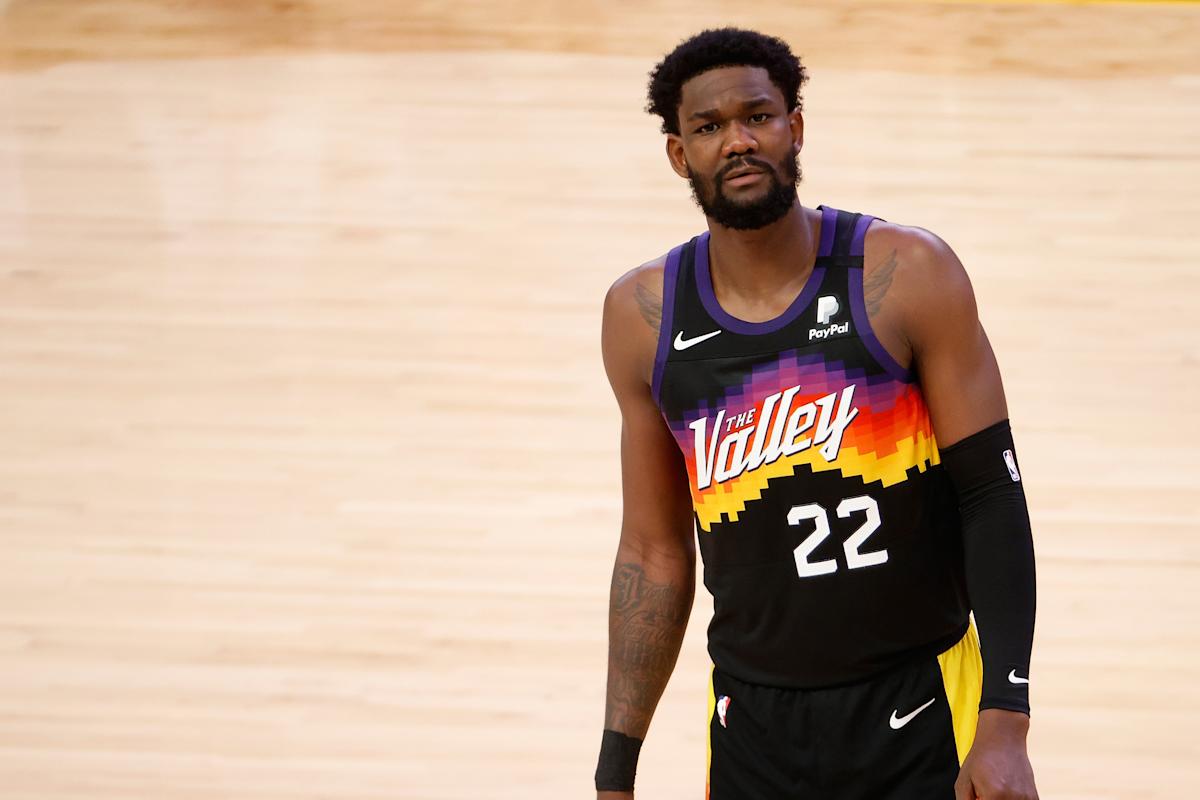 Katy Winge @katywinge
Nikola Jokić and Deandre Ayton have both complimented each other’s games. Asked Jokić about facing him tomorrow and he was once again very complimentary about what Ayton does for Phoenix. pic.twitter.com/pu9CeQwxRt – 5:10 PM

Gerald Bourguet @GeraldBourguet
I get Ayton not wanting to talk to the media. Really, I do. Especially yesterday, when it was still the heat of the moment.
But the longer we don’t get his thoughts, the more it becomes a distraction. I wish this wasn’t the story, but it is, and people want to hear from him – 4:24 PM 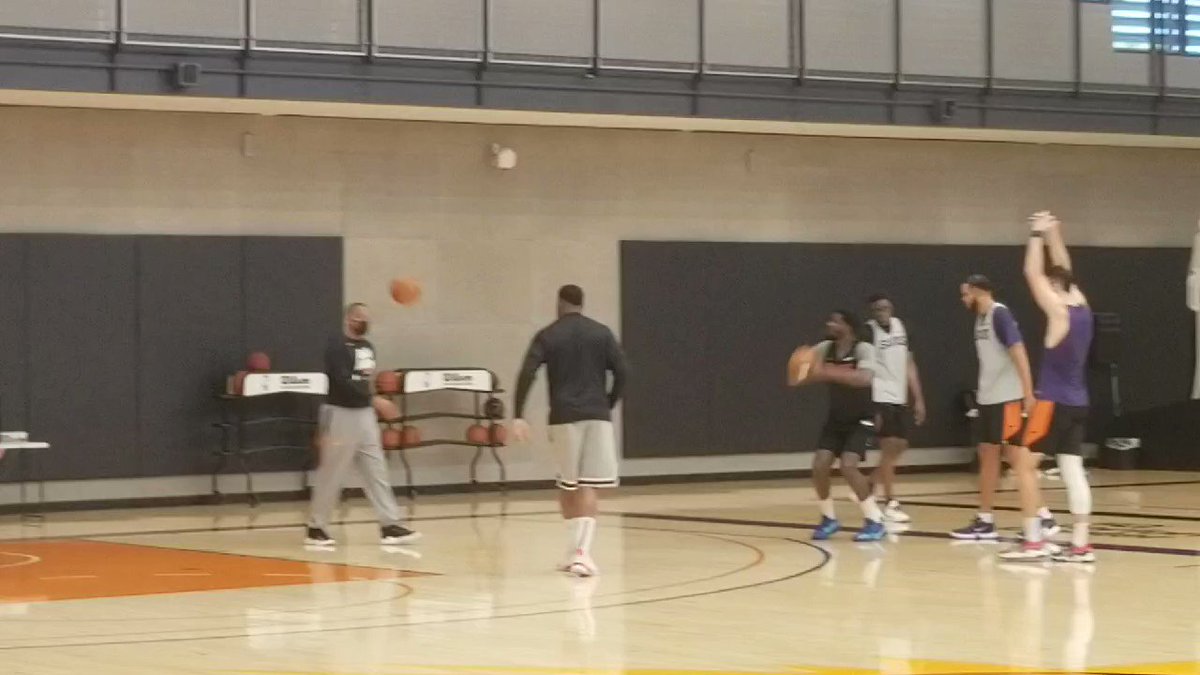 David Aldridge @davidaldridgedc
The NBA’s back tonight, with a season as close to “normal” as it’s had in a while. But there are lots of questions–from Simmons & Kyrie to Space Jam, KAT, Ayton, NBA Verzuz and…the playoff-bound Kings??? Answers, in @The Athletic: bit.ly/2XsSkhF – 3:02 PM

Sam Amick @sam_amick
Why the Suns didn’t give Deandre Ayton the max, at @TheAthletic
A conversation with GM James Jones about the controversial decision, and a strong rebuttal of his version of events from Ayton’s reps
theathletic.com/2899094/2021/1… – 2:45 PM

Another executive focused on it from an optics standpoint. He was saying, “It was one thing not to do an extension with Ayton, but then to do one for Landry Shamet, who hasn’t even played for their team yet was surprising.” -via HoopsHype / October 20, 2021
Deandre Ayton maintained his “max or no deal” stance and will look to secure a maximum contract next offseason. After Mikal Bridges and Landry Shamet signed their respective extensions, the Suns are set to be significant taxpayers next year once they presumably give Ayton his next contract. Phoenix could have a luxury tax bill close to $45 million next season if Ayton receives a maximum salary. There certainly should be a team willing to offer a maximum deal to Ayton like the Pistons or Spurs next offseason. The maximum a new team can offer Ayton is $44.6 million less than the one the Suns can offer him. -via HoopsHype / October 19, 2021
Phoenix now faces an uncertain future with Deandre Ayton. The franchise center is unhappy with the franchise’s consistent stance to his representatives that the organization simply didn’t foresee him as a max player — regardless of which of his peers in the 2018 NBA Draft class earned max deals this offseason, sources said. -via ESPN / October 18, 2021