Jordan Schultz: Source: Klay Thompson is making “steady progress” and is 5-6 weeks away from his long anticipated return. I’m told Klay is in “great shape” and close to playing 5s, which is paramount to him being cleared. The 11-1 #Warriors play at the #Suns on X-Mas Day.
Source: Twitter @Schultz_Report

Jordan Schultz @Schultz_Report
Source: Klay Thompson is making “steady progress” and is 5-6 weeks away from his long anticipated return. I’m told Klay is in “great shape” and close to playing 5s, which is paramount to him being cleared. The 11-1 #Warriors play at the #Suns on X-Mas Day. – 4:37 PM 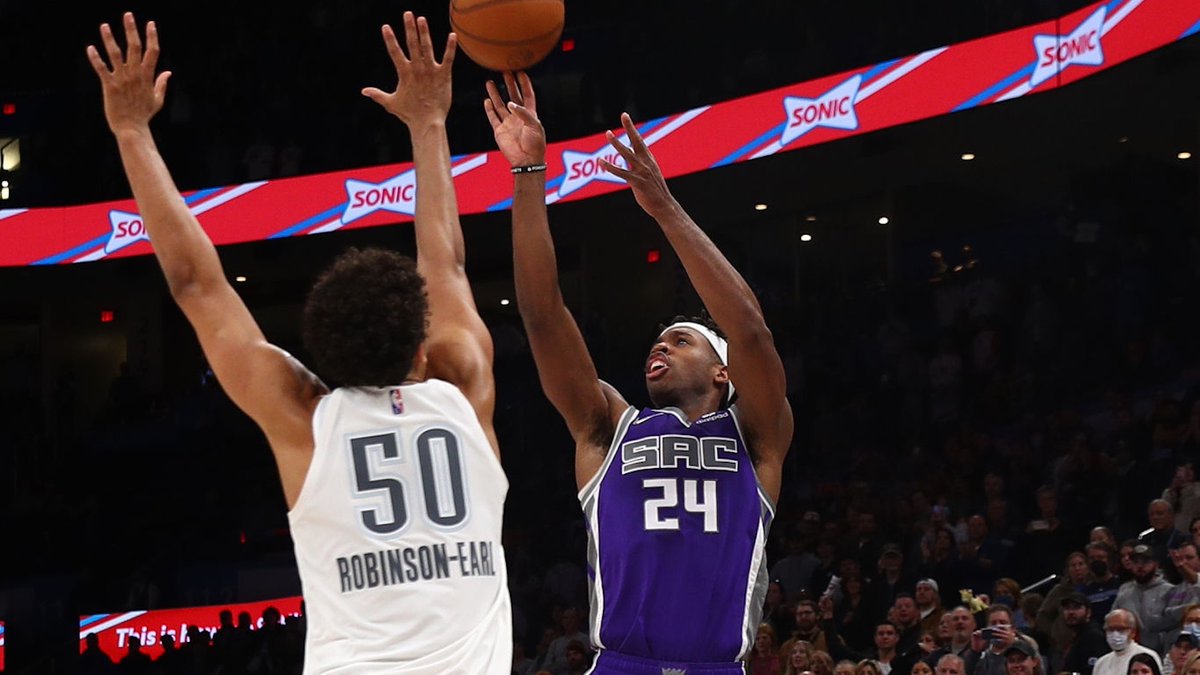 Duane Rankin @DuaneRankin
#Suns have won an #NBA best 7 straight.
Warriors are about to match that as they’re up 23 on Bulls in 4th. #DubNation
December can’t get here soon enough.
Play each other three times next month. And if Klay Thompson gets back before Christmas game in Phoenix?
It’s on 🔥🔥🔥. – 12:19 AM

Nick Friedell @NickFriedell
The bench explodes when Iguodala throws down a dunk. Just like they used to when Klay would throw one down in a game. Everything is clicking right now for the Warriors — who are doing anything they want on both ends of the floor. – 12:08 AM

Matt Steinmetz @SteinmetzNBA
Let’s see how aggressive everyone wants Wiggins to be when Klay Thompson comes back. – 12:47 AM

Matt Steinmetz @SteinmetzNBA
Defensively, Klay Thompson is to Steph Curry as Steph Curry is to Jordan Poole. In other words, Added responsibility Curry will have is guarding scoring guard more on other team. – 12:41 AM

Anthony Slater @anthonyVslater
Here’s a Steve Kerr update on James Wiseman. Sounds like some live scrimmage action with Santa Cruz could come next week while Warriors are on the road. Klay Thompson may also get in on it. pic.twitter.com/xxukeISpLO – 8:26 PM

So well, in fact, that he reportedly could return sooner than originally expected. As in, before Christmas. ESPN’s Adrian Wojnarowski joined “NBA Countdown” on Wednesday, and reported an extremely exciting update on Thompson. “I’m told if he continues on his current course right now in rehab, that a target date for his return will be set probably within the next couple weeks,” Wojnarowski said. “And it could be –there’s optimism it could be as soon as December 20, December 23. The Warriors have home games before Christmas, and so the plan for Klay Thompson is to continue to ramp up. “The Warriors will go on a road trip in mid-December, and at that point, if Klay continues on this track, he’d go down and play with the Warriors’ G League team. And the idea is, and the hope is, they’ll have him back perhaps prior to Christmas.” -via NBC Sports / November 11, 2021
According to NBA insider Brian Windhorst of ESPN, there is confidence Thompson will be at his best in his return to the floor. “The whispers around the league right now about Klay Thompson. They say he looks good. There is a real confidence in there that, especially by the end of the season, that Klay is going to be BACK back,” Windhorst said. -via TalkBasket / November 10, 2021
Marc J. Spears: Warriors coach Steve Kerr said James Wiseman and Klay Thompson will not go on upcoming road trip and will have a program in San Francisco to “ramp things up.” Still undecided when or if Wiseman will play for Santa Cruz. -via Twitter @MarcJSpears / November 7, 2021