This excerpt from The Midrange Theory: Basketball’s Evolution in the Age of Analytics by Seth Partnow is reprinted with the permission of Triumph Books.  For more information and to order a copy, please visit Amazon, Barnes & Noble, Bookshop.org, or TriumphBooks.com/MidrangeTheory.

This is a book about analytics. I hate analytics.

Not the discipline mind you, but the word. The word has become hopelessly poisoned, reduced, confused, and misapplied. But we’re stuck with the word so we might as well define it properly. Before we do so, there are plenty of misconceptions to cast aside. So, here is what won’t be in this book: one neat trick to solve basketball.

Basketball analytics is often portrayed as a realm of hubris, unearned certitude, and disrespect for knowledge gleaned without the aid of a calculator. Of trying to reduce the game’s artistry to spreadsheets and graphs. I have to admit, these charges aren’t made from whole cloth; it is not difficult to find real world examples of each. But those missteps are not “analytics,” they are “analytics done poorly.” No true Scotsman could think otherwise.

Done well, analytics is the realm of constant curiosity. The hard-won expertise of experienced professionals is vital to the process, even if the lessons drawn from that expertise are occasionally challenged. While many techniques do require some flattening of events for easier calculation and comparison, this is not the aim unto itself, rather in service of creating a deeper and more nuanced understanding and even aesthetic appreciation of the game.

Analytics exist at the intersections of math, statistics, and computer science. However, those are merely the tools rather than the field itself. They might even be the primary tools as applied to basketball and other sports. However, the tools aren’t the thing. Rather, it is a mode of thought seeking to reduce the impact of the cognitive biases we all suffer from. In a world wrought with imperfect information and uncertain outcomes, it is about putting oneself in a position to be less wrong. Or if you’re an optimist, to be correct more often than the competition, and by doing so winning big.

For as much backward-revised narrative as there can be describing why certain drafted players “make it” and others bust, we’re talking about the degree to which you can know what an 18-year-old will be when he’s 24. Such projection is incredibly difficult and inexact. On players, you do the best you can, make the pick, and take your chances. These wagers can have better or worse odds of success, but the lens of hindsight won’t always help separate out good bets from wild-assed gambles that happened to come in.

Anyone who has been buffeted by the winds of macroeconomic trends in their first job out of college – which is to say, all of us who entered the job market upon graduation – understands the degree to which things are often out of one’s control. My own first job was at an e-commerce startup, which basically failed around 18 months after I joined. Could I have done more to prevent this? Sure, but I don’t think slightly better merchandising choices by a 23-year-old business analyst was the difference between riches and ruins. For me, it was wrong place, wrong time.

And so it is with young players. Some will become long-term NBA stalwarts, a few even All-Stars and MVPs. Most won’t.

Sometimes these outcomes were easily predictable. For others, the invisible forces of the basketball universe aligned against them. They ended up with the wrong team, the wrong coach, in the wrong city. Picked the wrong agent or business manager. The wrong trainer. Got injured. Got sick. Developed the wrong skills for the direction in which the league or his team was moving. Sometimes, shit happens even to the most “can’t miss” of prospects. Greg Oden was in parts unlucky and doomed by his own physiology even though when he was able to be on the court, he was every bit as dominant as the evaluation which had him as the consensus top pick over Kevin Durant would have suggested. 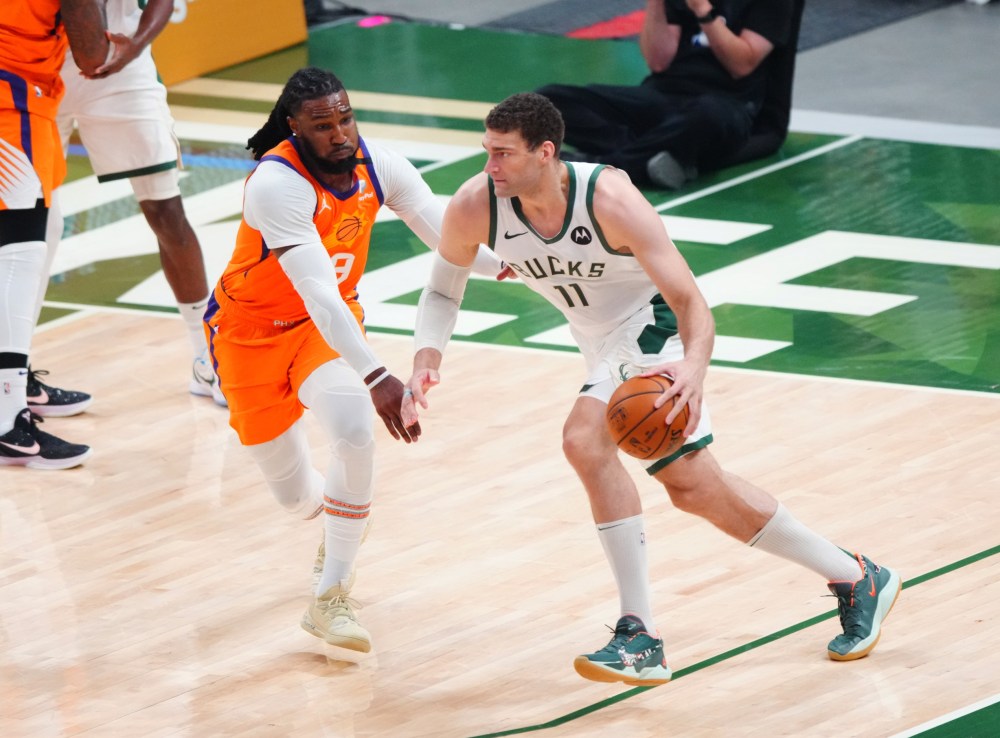 Even for established players changing teams, fit can vary from perfect to abysmal. When I was in the Milwaukee Bucks front office, we signed Brook Lopez to a one-year deal for the biannual exception. As the name implies, this “BAE” provides a mechanism, usable once every two seasons, for a team to exceed the amount otherwise allowed by the salary cap to sign a player. Sounds impressive, but the BAE is the second-smallest exception available under the league’s collective bargaining agreement. It allows for a player to be paid an amount for which you are happy to find a decent seventh or eighth man. Not a starter and certainly not a high-impact player.

It was a good get for us. We upgraded our center position without having to give up any long-term assets or trade chips.

By reputation, Lopez had been an excellent scorer but mediocre defender for much of his career. As he hit free agency in the summer of 2018, he had become known as much for the bloated contract that had just run out as for his play on the floor. That previous deal, signed just before the “traditional” center was hit by the asteroid that was the Golden State Warriors, made him appear to be an overpaid dinosaur rather than a difference-making acquisition.

Signing Lopez was a low-cost, reasonable-upside play, addressing what had been a weakness by adding a proven player who had developed the three-point shooting desired for the offensive system we wanted to play.

Brook immediately became the linchpin of the defense which graded as the best in the league for the next two years. He had the perfect combination of size, surprising agility, thorough understanding of the NBA’s illegal defense rules, and willingness to get physical in rebounding battles that we needed.

So did we make a brilliant signing of a player the rest of the league dramatically undervalued, or did we just get lucky? In short, both.

Were some of the signs of Brook’s excellence-to-come there when we decided to bet on his fit and value? Sure.

We believed the perception of him as a player around the league was overly negative, more about his previous contract than his current contributions. More importantly, we had reasons to believe that his defensive shortcomings were overstated. His poor reputation in that area was largely due to both his poor individual rebounding totals and his inability to function in the aggressive defensive schemes in vogue around the league for much of his career.

In terms of rebounding, Lopez was a nearly perfect example of the difference between individual and team stats. He might not have grabbed many rebounds himself, but his team always ended up corralling the bulk of opponent misses while he was on the floor.

Among the 100 centers who played at least 2,500 minutes over the five seasons prior to his arrival in Milwaukee, Lopez ranked 94th in defensive rebounding percentage. Over the same period he was rated as the sixth-most-positive impactful player on his team’s defensive rebounding, according to Regularized Adjusted Plus/Minus techniques. In terms of team success, is it more important for the center to accumulate defensive rebounds or for the team to “finish” defensive possessions by virtue of someone grabbing the board? To ask the question is to answer it, and over his career Lopez had proven himself elite at the truly important bit of helping his team gain possession of the ball. 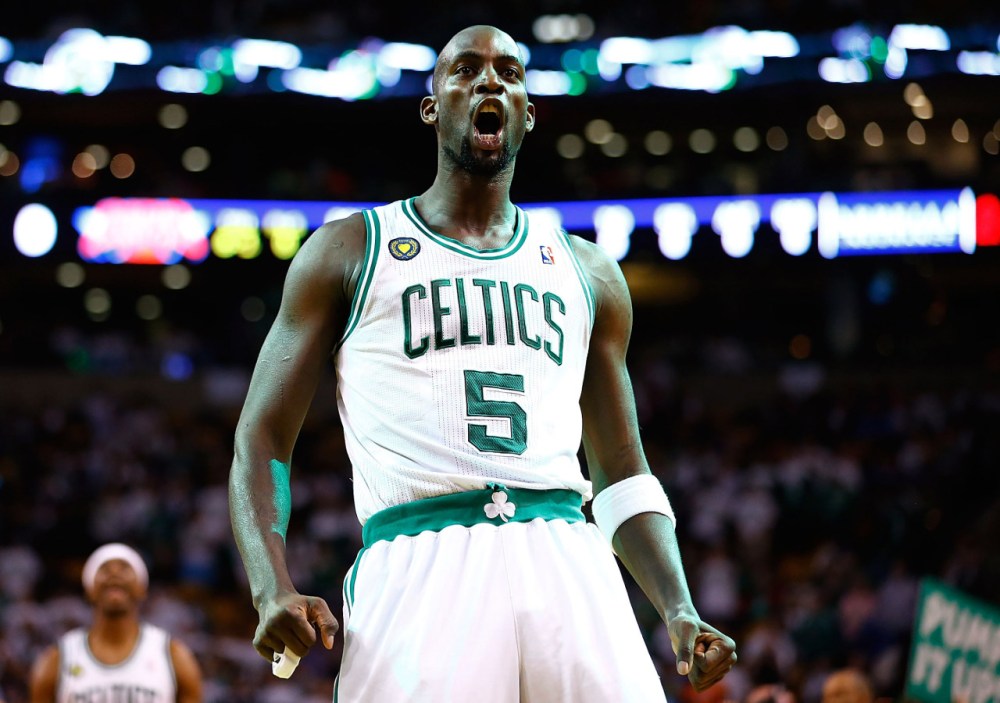 We also suspected that the defensive scheme we wanted to play would better fit Lopez’s ability than what had been the trend for most of his career to that point. With the success of first Boston (Kevin Garnett) and then Chicago (Joakim Noah) in using an agile center to “hedge” on ball screens in the late 2000s and early 2010s – Garnett would frequently chase a point guard nearly to half court! – many teams adopted this brand of coverage. While Lopez is quick and very agile for his size, “for his size” is still 7’1″ and 280-ish pounds. Cue the hippo ballet from Fantasia.

Though he was never going to win a race with the league’s point guards at the top of the floor, Brook had shown a consistent ability to defend at the rim. According to the NBA’s player tracking data, over the same five seasons in which he had been such an impactful rebounding presence, opponents had only managed to score on 53.7% of shots in the restricted area with Lopez within five feet of the shooter as the closest defender, 87th percentile among all players and just a tick behind Anthony Davis. In the conservative defensive strategy our coaching staff planned to employ, Lopez would be asked to protect the rim first, second, and third, relying upon our guards to chase and harry opposing ballhandlers.

Given these statistical and schematic arguments, we were fairly confident he’d be a perfectly solid defender for us. Had we (or anyone) thought he would make an All-Defense team, he wouldn’t have been available as such a bargain signing. After all, he had received a grand total of zero (0) votes for All-Defense honors to that point. Ever. This isn’t to say he never made the First or Second Teams. He hadn’t shown up on a single ballot. Even by accident. And every year a few truly wretched defenders garner stray All-Defense votes.

So, while we made an astute signing, correctly predicting that Lopez would outperform his reputation, we also got really lucky.

The temptation will always be there to say, “See, it worked” after positive outcomes no matter how that outcome came to be. That sort of results-oriented thinking is the most common form of bias to fight against. Good decisions will sometimes go poorly, while ludicrous decisions will work out just fine at times because the universe has a dark sense of humor.

That will never change. Good process and analysis can serve to tilt the odds in one’s favor. Basketball analytics isn’t always about having the answers, it’s about asking the right questions so that you can be on the right side of those odds often enough to come out ahead in the long run.