Shams Charania: I know Kevin Durant, from what I’m told, would welcome Kyrie Irving back. It’s clear he wants Kyrie Irving back. But again, how does that play out? How does? How is that conceivable? And if you were to come back there, of course, be a transition period.
Source: Apple Podcasts

Kristian Winfield @Krisplashed
I would rest KD tonight on a questionable ankle against the Raptors with 5 teammates out and again on the front end of a back to back against the Magic. I would play him against 76ers, Nuggets, Wizards. pic.twitter.com/1O2kOIejwN – 1:03 PM 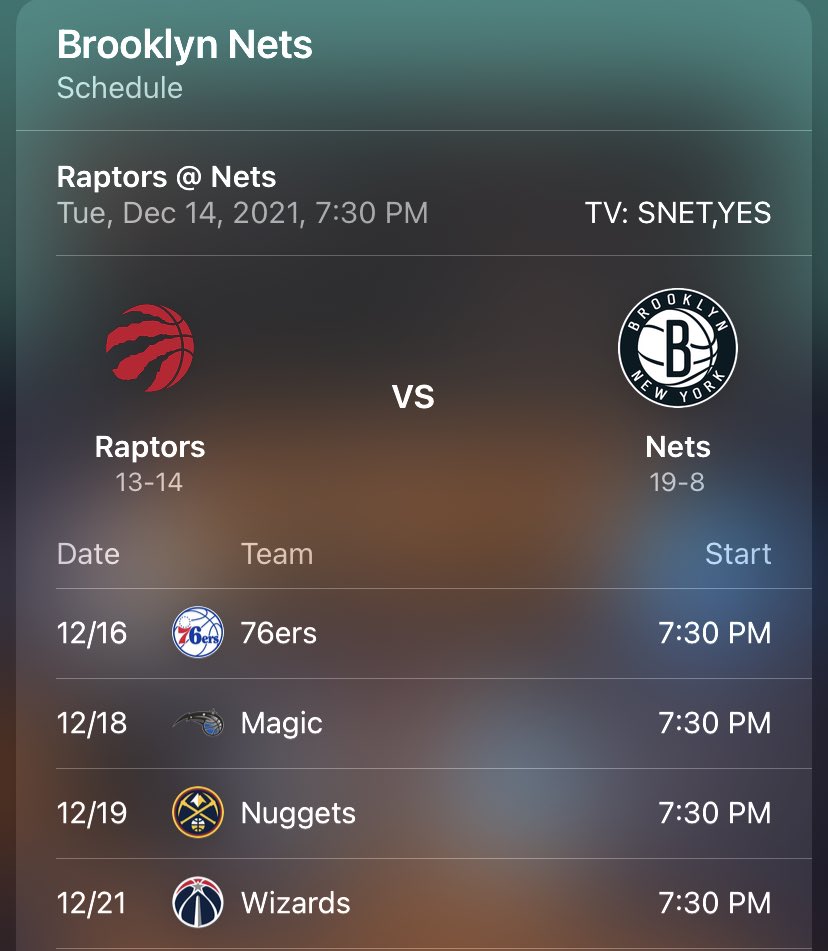 Brian Lewis @NYPost_Lewis
Just to be clear. Close contact w/ a confirmed case no longer puts vaccinated players in protocol & all the #Nets – other than Kyrie – are vaccinated, so the only way they’d enter #NBA protocol would be a positive or inconclusive test. nypost.com/2021/12/14/lam… via @nypostsports – 12:57 PM

Brian Lewis @NYPost_Lewis
The #Nets are down to ten players, and that’s if Kevin Durant plays on that ankle. The #NBA minimum is eight. – 12:07 PM

Ohm Youngmisuk @NotoriousOHM
The Brooklyn Nets now have five players out due to health and safety protocols for tonight and they’ve added Kevin Durant to the injury report as questionable due to right ankle soreness against Toronto es.pn/31WRWds – 11:42 AM 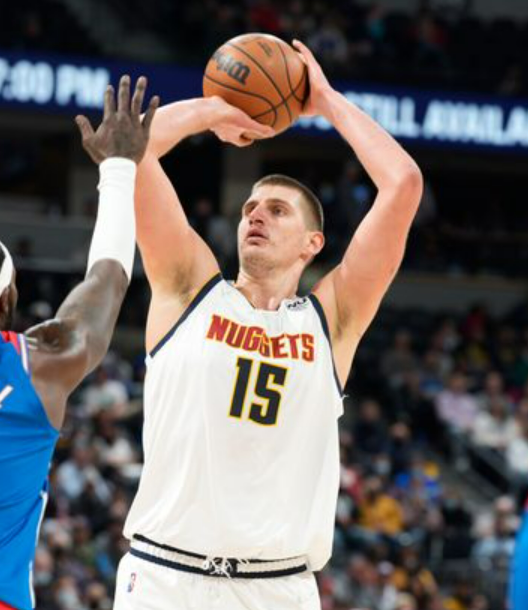 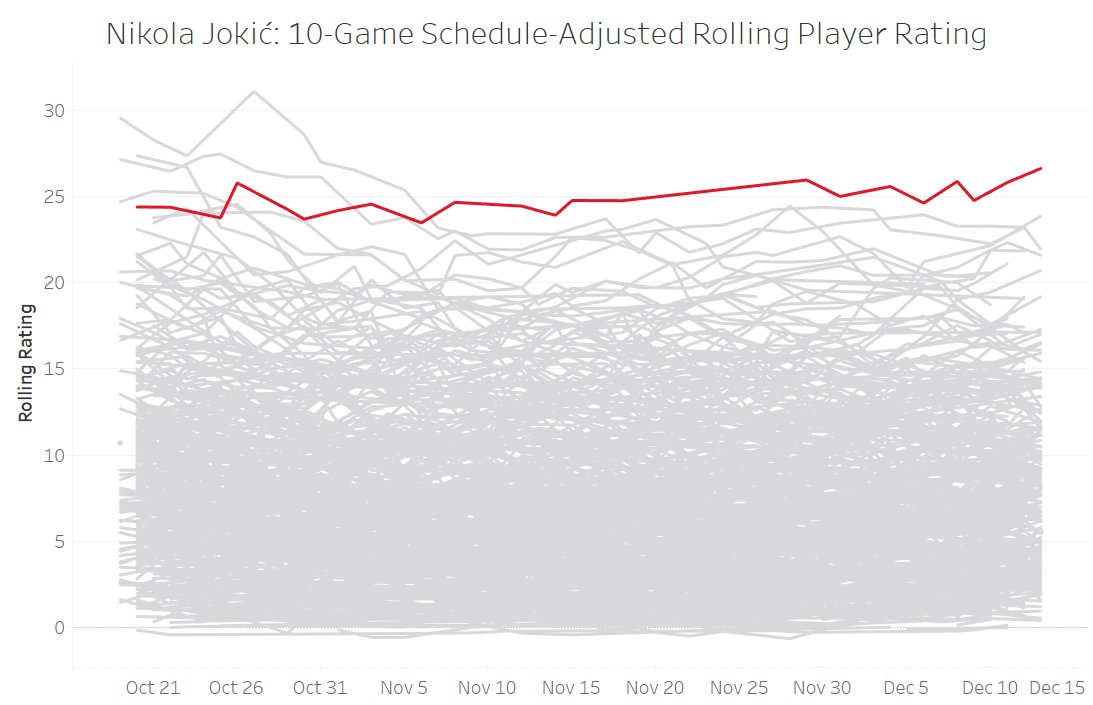 Ohm Youngmisuk @NotoriousOHM
Nets have added Kevin Durant (right ankle soreness) as questionable to the injury report as well. – 11:12 AM

Tim Bontemps @TimBontemps
In addition to the four players going into the protocols this morning, the Nets also say Kevin Durant is questionable for tonight’s game against the Raptors with ankle soreness. – 11:11 AM

Marc Stein @TheSteinLine
The Nets now say Kevin Durant is questionable for the Toronto game with right ankle soreness. – 11:11 AM

Alex Schiffer @Alex__Schiffer
With Jevon Carter out, the Nets have only James Harden at the point guard at this point on the roster. I expect Durant, just like he did on Sunday, to be more of a playmaker and maybe we see David Duke bring the ball up, a bit more too. Not too many options. – 10:54 AM

Alex Schiffer @Alex__Schiffer
By my count here’s who is available for the Nets tonight: Durant, Harden, Brown, Mills, Thomas, Sharpe, Claxton, Griffin, Duke and Edwards. – 10:46 AM

Aaron Rose @AaronBenRose
Since when does Nic Claxton go by The Slim Reaper? pic.twitter.com/YgVJ2m78Cp – 10:24 AM

Chris Mannix @SIChrisMannix
NEW @TheCrossover Pod w/@Howard Beck: Trade season! Nets at a crossroads with Kyrie, latest Simmons chatter, Knicks as buyers or sellers, will the Warriors go all-in plus eyes on the Celtics, Clippers and Blazers. Links: bit.ly/2w1G5e2 – 9:00 AM

Ajayi Browne @ajayibrowne
Kyrie Irving seems to be preparing more and more for his return.
Via Instagram pic.twitter.com/xZuZ0EA7es – 8:01 AM

Melissa Rohlin @melissarohlin
Steph chatted with Draymond for two hours after the incident w KD in 2018. He told him he could’ve handled it better. But he also told him that he had his back — always.
“That, for me, that’s big,” Green told me.
foxsports.com/stories/nba/st… – 5:14 PM

Alex Schiffer @Alex__Schiffer
Nets list Paul Millsap in health and safety protocols on the status report for tomorrow’s game against the Raptors. Joe Harris and Kyrie Irving remain out. Kessler Edwards and Day’Ron Sharpe had been with Long Island but aren’t on the report. Makes sense. Nets thin up front. – 5:03 PM

Barbara Barker @meanbarb
My colleague @Greg Logan is right that Durant is having one incredible season…….But So is his former Warriors teammate could set the all-time three-point record at MSG tomorrow night.
Nets’ Kevin Durant emerging as leader in NBA MVP race newsday.com/sports/basketb… via @Newsday – 1:58 PM

Melissa Rohlin @melissarohlin
Exclusive: I talked to @Stephen Curry and @Draymond Green about their friendship.
They opened up about the watershed moments in their relationship, including how Steph was there for Dray after his blowup with KD.
“We love each other,” Green told me.
foxsports.com/stories/nba/st… – 1:40 PM 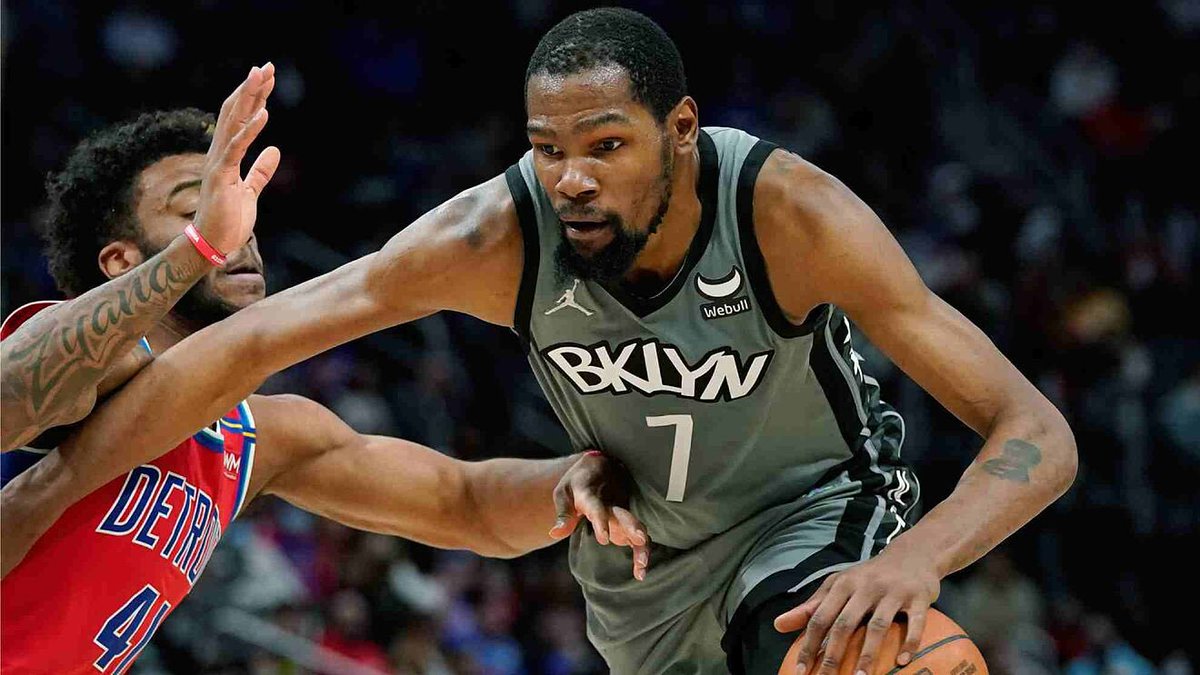 Kristian Winfield @Krisplashed
Kevin Durant could average 40 PPG if he wanted to, but says 30 shots is a lot to average and that he wants to be more than just a scorer. From last night’s 51-point masterpiece in Detroit, for @NYDNSports nydailynews.com//sports/basket… – 12:25 PM

The Vertical @YahooSportsNBA
There is reportedly “renewed optimism” that Kyrie Irving could rejoin the Brooklyn Nets this season. 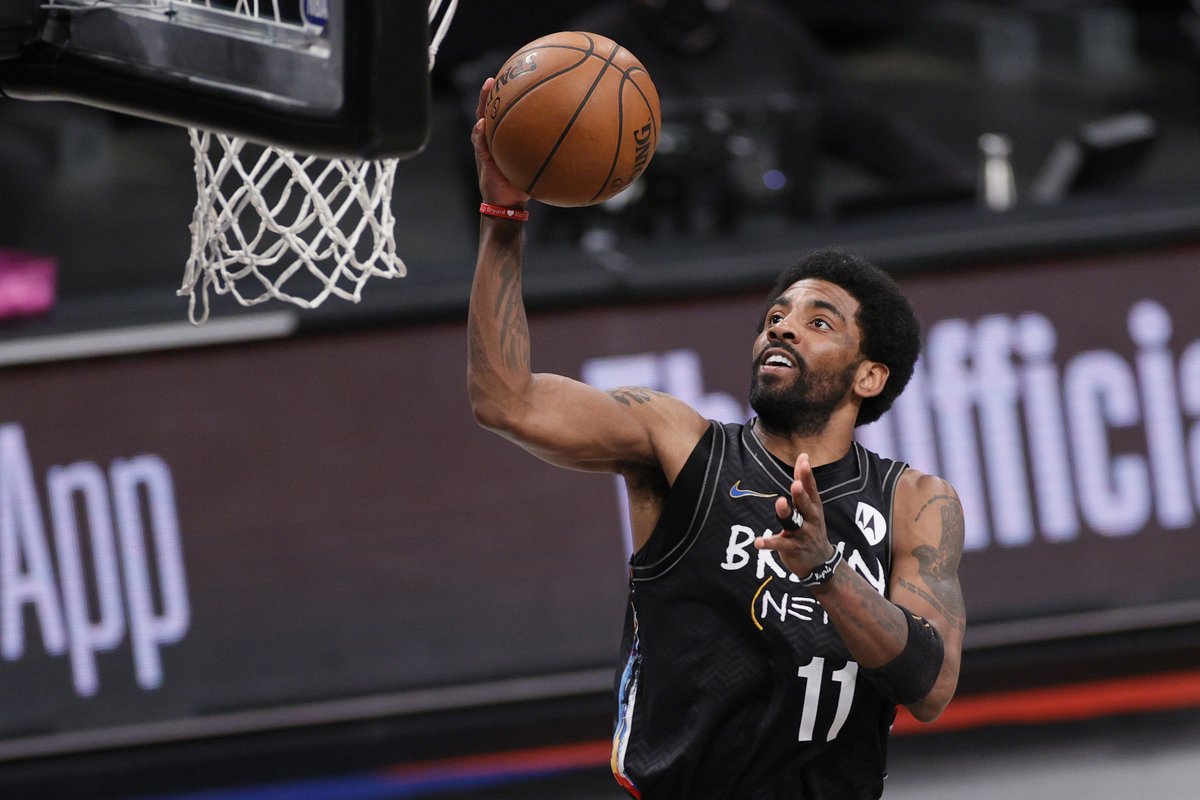 Sirius XM NBA @SiriusXMNBA
🏀 51 PTS for Kevin Durant last night vs the Pistons!
After watching the performance, @Frank Isola and @Brian Scalabrine believe the @Brooklyn Nets are a championship level team pic.twitter.com/Ffmvm5rsa0 – 11:52 AM

Shams Charania: There is renewed optimism and I think a lot of that surrounds the enthusiasm that has increased in the conversations that have taken place, the increased communication that’s taking place between Kyrie Irving and Kevin Durant. I mean, those guys are close. And we saw what Kevin Durant did last night 51 points. He’s obviously either the top MVP candidate or is one of the top MVP candidates. So it’s clear that possibly this renewed optimism can be tied to the fact that those two guys are starting to talk a lot more about Irving’s fit on this team breaking down games, breaking down life in general. And it started a back and forth that from what I’m told, really started to elevate after Thanksgiving. But after it started to escalate, and continue to elevate with those two, I think it’s given some new renewed optimism about a possible return. -via Apple Podcasts / December 14, 2021
Shams Charania: I’m not sure if there is wiggle room, there might not be but I think that it’s clear that the players and the coaches want Kyrie Irving to be back in the lineup ASAP. So from what I’m told the players want Kyrie Irving back. And so, does management? Does ownership? Do they look at that and open that door? One of those avenues is how Kyrie Irving finds himself back on the floor, either fulfilling the vaccine mandate, or the door opening to him starting to play on the road and practice at home. There were conversations before that October 12 decision was made about whether it would be feasible, and clearly the players on the current roster didn’t believe it would be. Now has that changed in the last few weeks? Could that now be tenable? Could that now be what the players want? I think those are all questions that I’m not here to answer but those are all the questions that I believe exist. -via Apple Podcasts / December 14, 2021